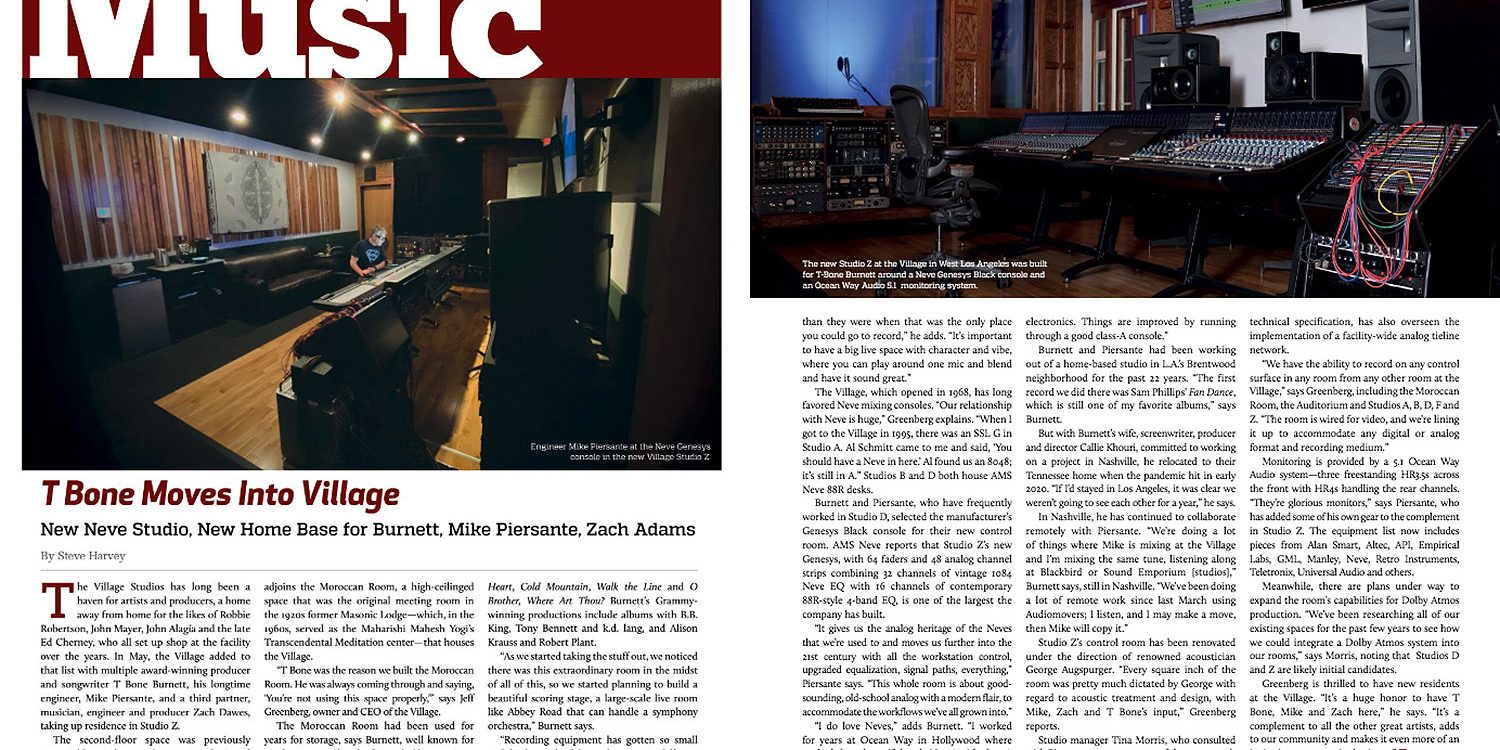 Per an article in Mix Magazine, award-winning producer T Bone Burnett has set up in a new space at the world-famous Village Studios in Los Angeles, CA. Along with longtime engineer Mike Piersante and musician/producer Zach Dawes, Burnett will be creating his work in Studio Z, an upstairs space at Village Studios that has been renovated per the producer’s direction.

Monitoring in the new room is accomplished with an Ocean Way Audio 5.1 system, with three freestanding HR3.5 loudspeakers in front and two HR4 loudspeakers placed in back. Piersante simply states, “They’re glorious monitors.”