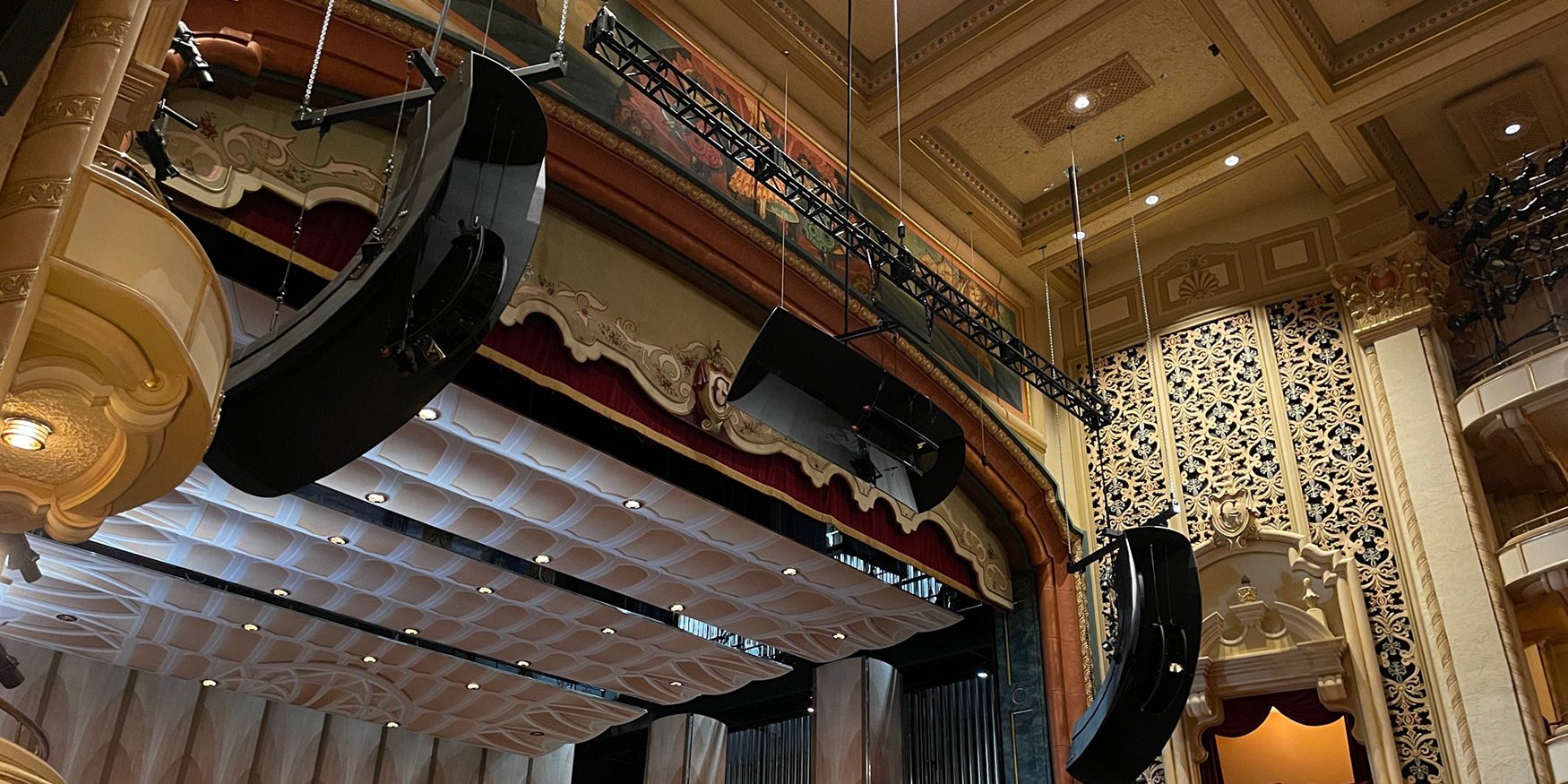 Designed and manufactured in the USA, the initial system design came about in 2020 as a custom solution for the Granada Theatre in Santa Barbara, CA. Granada’s management approached Ocean Way CEO (and five-time Grammy award-winning engineer) Allen Sides for a solution that would provide clean and intelligible audio throughout the audience during their sonically diverse live performances, ranging from symphonic orchestras to rock bands.

Building off technology used in their world-renowned studio monitors, Ocean Way’s engineering team applied the same acoustic principles into a loudspeaker system, and the result was revolutionary studio-quality stereo sound throughout a large-scale venue – giving every audience member the best seat in the house.

“AeroWave™ is a medium-large venue sound system that eliminates interference effects of ‘arrays’ and other multi-source large-venue sound systems,” noted Ocean Way’s Director of New Technology, Cliff Henricksen. “This is accomplished by the use of proprietary manifolding devices that both combine and shape waves so they combine in-phase as they enter the horns.”

The unique proprietary design minimizes reverberations and interference, while maintaining dynamic range. It also maintains a clear stereo image with full 90° coverage, both horizontally and vertically – something very difficult to achieve with standard line array systems. With AeroWave™, audience members will appreciate the incredible clarity and definition, as well as the consistency of sound as they move throughout the venue.

“We’re trying to get something here that is satisfying, and is a joy to actually hear,” said Sides. “The more sources (of sound) you have that hit and create reflections from side walls, the less clear and less defined the sound is. Our system is point source, which only generates one set of reflections from the point source.”

Rich Spillberg Picks Ocean Way Audio for Josh Groban Projects
December 14, 2020
Recent Posts
Archives
Categories
Go to Top
This website uses cookies to improve your experience. We'll assume you're ok with this, but you can opt-out if you wish. ACCEPTX
Privacy & Cookies Policy