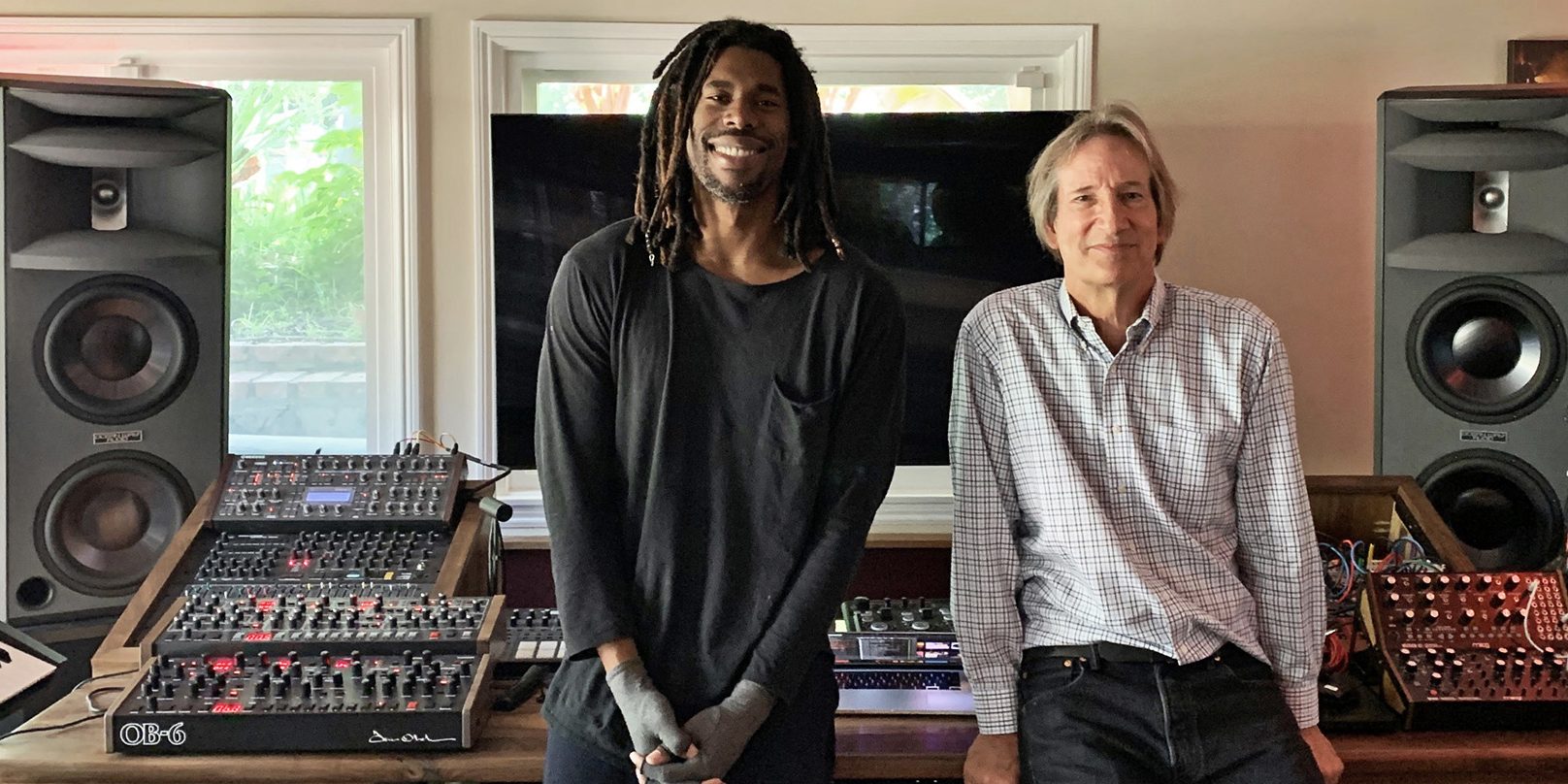 Flying Lotus is seen in his studio with Allen Sides and his Ocean Way Audio HR3.5 monitors. Photo by Colin Liebich.

“For me, the test of a good monitor system is how it sounds on other speakers,” says FlyLo. “The first place I go is out to the car and take a little ride. These monitors sound great in my studio and when I finished a song, I listened in my car and it was perfect. Now I know what I’m hearing in the studio is what I’m going to get wherever it is played. That’s always the most important thing — before how big everything sounds, or how clean it is. Translation comes first for me and with Ocean Way the translation is perfect. Everything else is just icing on the cake.”

FlyLo’s studio now houses a pair of HR3.5 speakers with subwoofers personally tuned by speaker designer Allen Sides. State-of-the-art A-4100 amplifiers power the monitors with both analog and digital inputs, 96 kHz and 24-bit sampling, tri-amped delivering 3,400 watts per channel of clean power. At the heart of the acoustic design is OWA’s geometrically complex, composite dual/hybrid waveguide system. His two S18A powered 18″ sub woofer cabinets are powered with 2400 watts each.

“I love the system,” FlyLo continues. “The bass is crazy. It has a lot of potential to be crazier, but I actually had to tone it down just because it can be a little overwhelming if you want it to be. I just want that sweet spot where it’s intense enough, but won’t destroy the whole house.”

Rich Avrach, Director of Business Development at Westlake Pro, supervised FlyLo’s new studio project. “We worked with Steve and Yanchar designs on the studio design,” he explains. “I handled sales for the new equipment and brought in our design group for the integration and project management of the buildout. We recommended the Ocean Way speakers because we thought they have terrific clarity, punch and low end. I also thought they would fit the studio well by making a statement with their size, but not be over large for the space.”

In addition to his album work, FlyLo has also produced much of the interstitial music on Cartoon Network’s Adult Swim programming block. For his studio, he explains, “Everything goes into my Grace M905 monitor controller, and I use a Universal Audio Apollo 16-channel sound card, Mac computers, and a lot of synthesizers.”

To see FlyLo’s work as a filmmaker, view his collaboration with David Lynch, “Fire is Coming”.

“I directed the video,” he explains, “and David Lynch did a piece on my last album. It was really a lot of fun and he gave me creative freedom to build a visual to capture his initial ideas.”

FlyLo’s studio monitoring systems include Ocean Way Audio Ultravoice® amplifiers and voicing modules. Sommer Cable is used both internally for the cabinets and also from the amps to the cabinets, respectively Elephant Robust SPM440 cable and SC-Twincord cable.

ABOUT OCEAN WAY AUDIO
Multi-Grammy award-winning engineer/producer and studio owner Allen Sides is the designer of Ocean Way Audio monitor systems. Sides has almost 40 years of experience designing systems for his many studios as well for a wide variety of commercial installations, including George Lucas’s Skywalker Ranch scoring stage, as well as private installations for musical artists such as Gwen Stefani, Dave Grohl, Meghan Trainor, Steve Aoki, Lady Gaga and Beck. Today, Ocean Way Audio products are in use in many of the world’s most respected recording studios, sound stages, and personal audiophile listening environments.